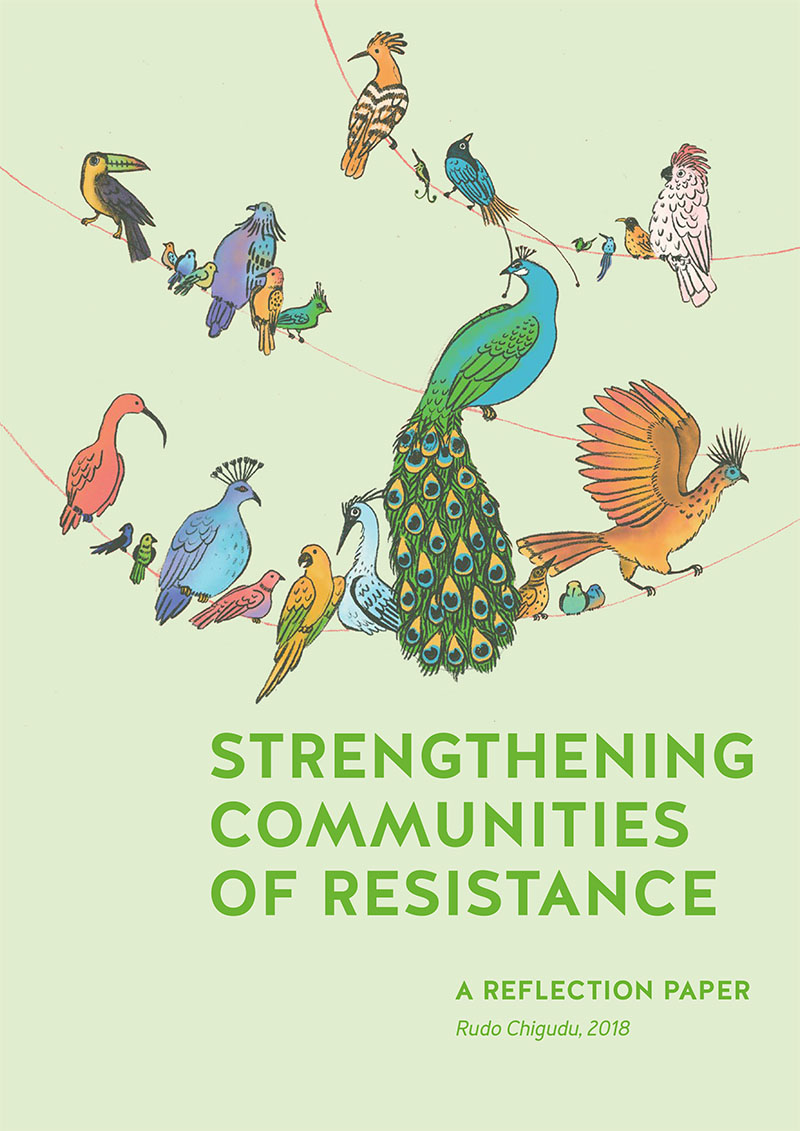 My third project with FRIDA | Young Feminist Fund involved bringing together four reports on convenings the organization has hosted, co-hosted, and participated in into a cohesive project with a unified theme.

The overall theme represents the idea of the convenings as colourful and diverse flocks of birds interacting and working with an equally diverse group of Young Feminists. While preparing for this project, I created a list of bird species from the countries in which the Young Feminist groups FRIDA supports work, and nearly every bird shown throughout the four reports and the landing page hails from one of these countries.

The use of a consistent colour scheme across the four reports further emphasizes their connectedness. For the three shorter reports shown here, I chose a single colour to use throughout the design, and pulled from the full project palette for the illustrations, which were drawn by hand and coloured digitally.

See more pages from these three reports below and click their titles to view the whole publication: 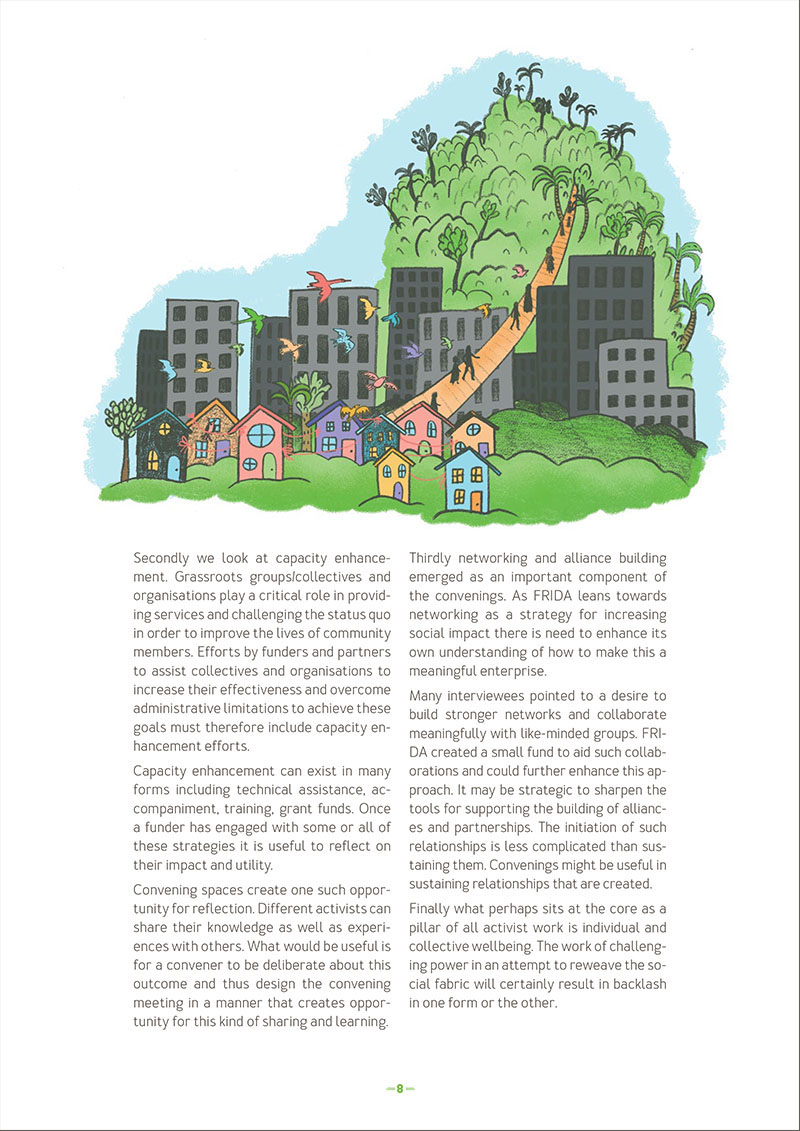 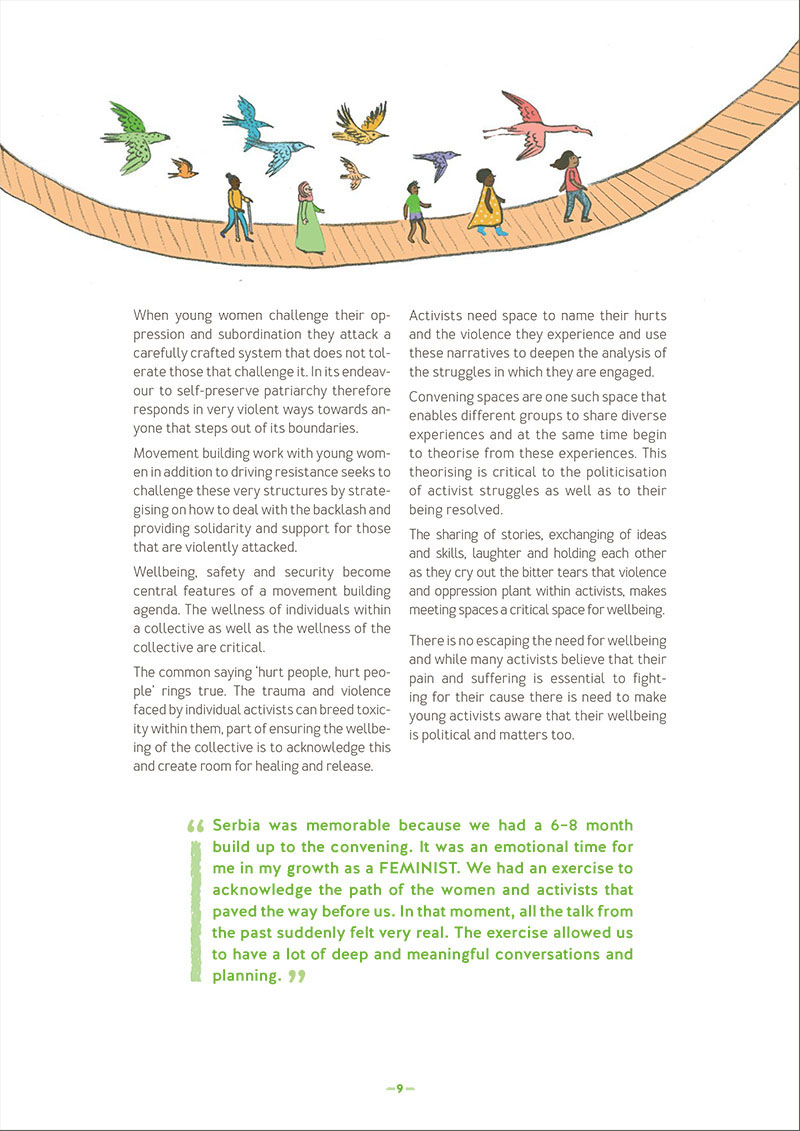 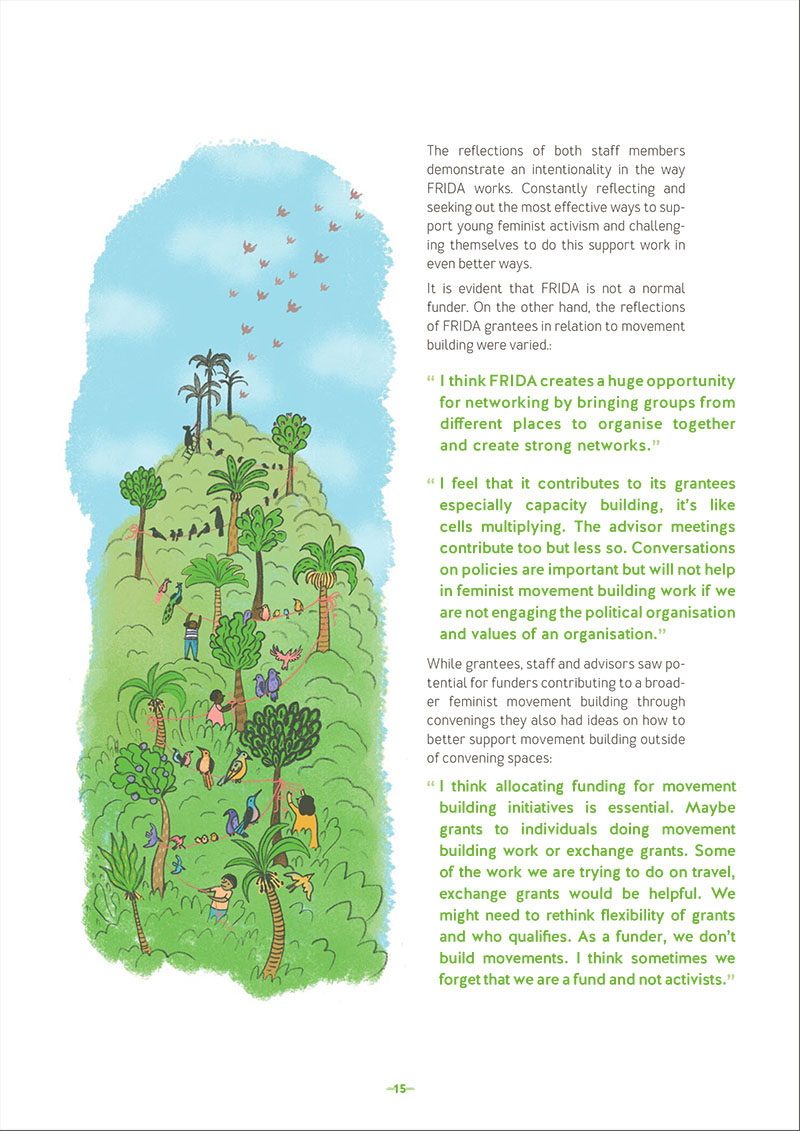 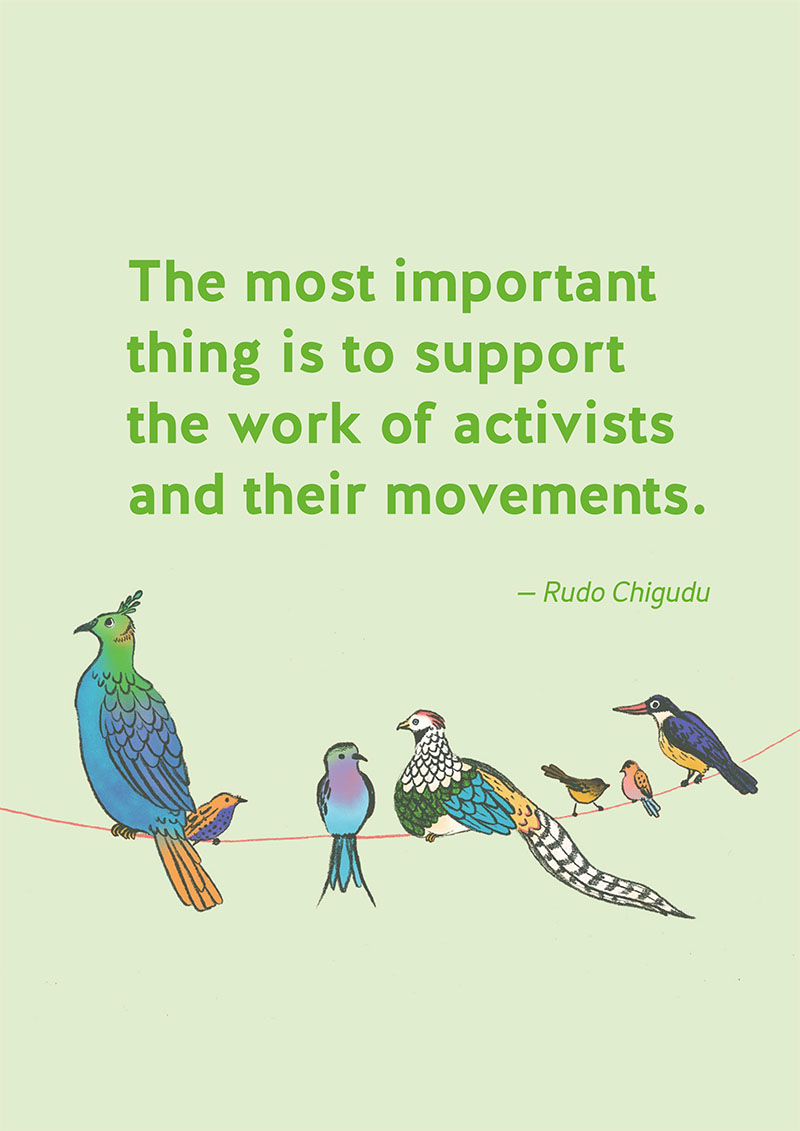 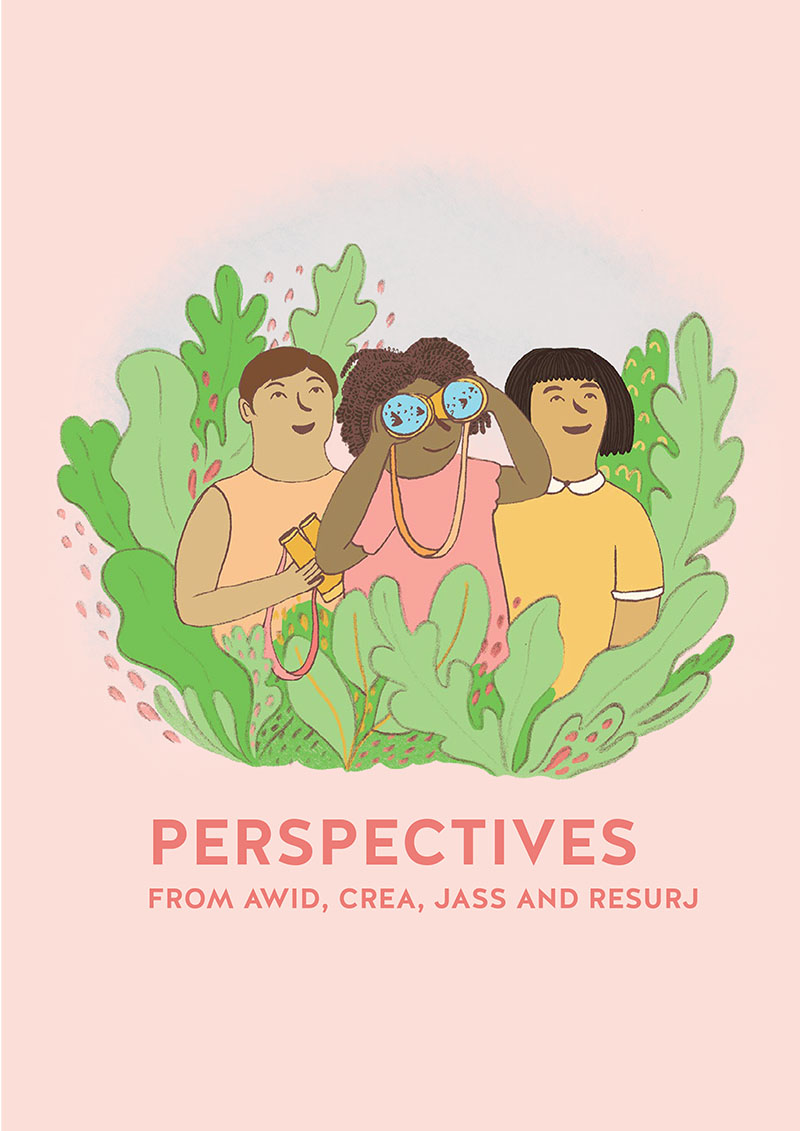 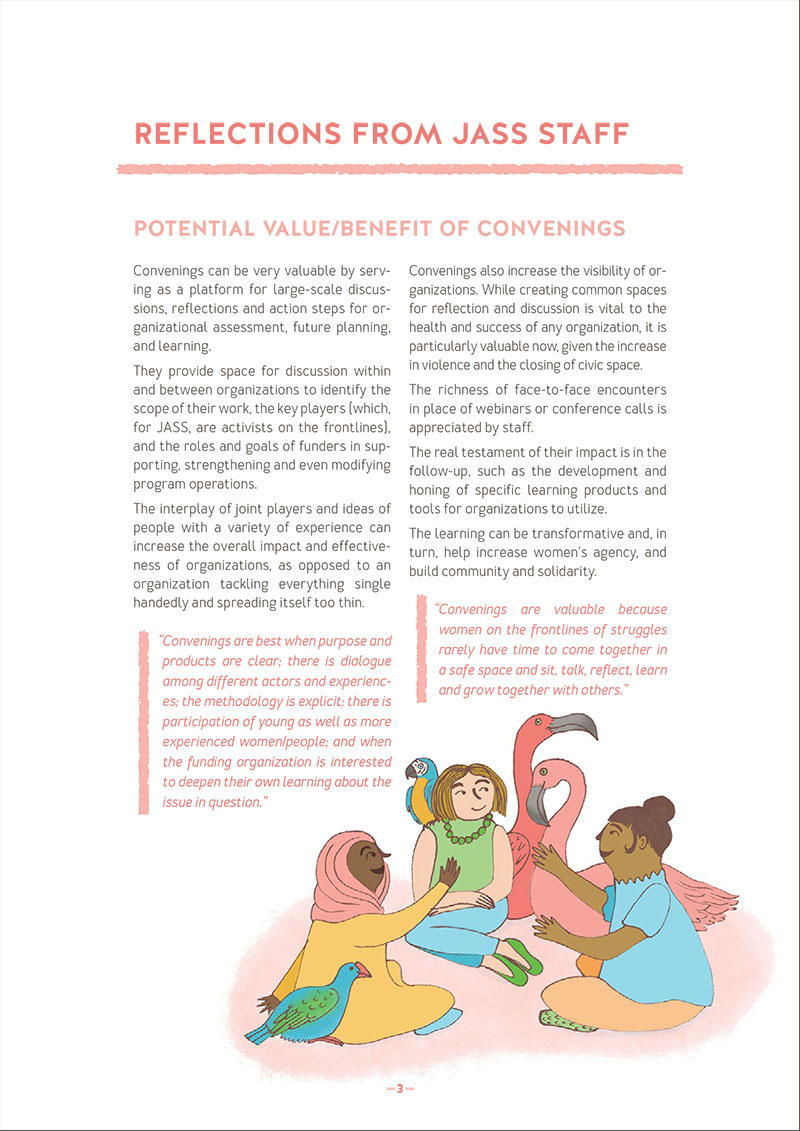 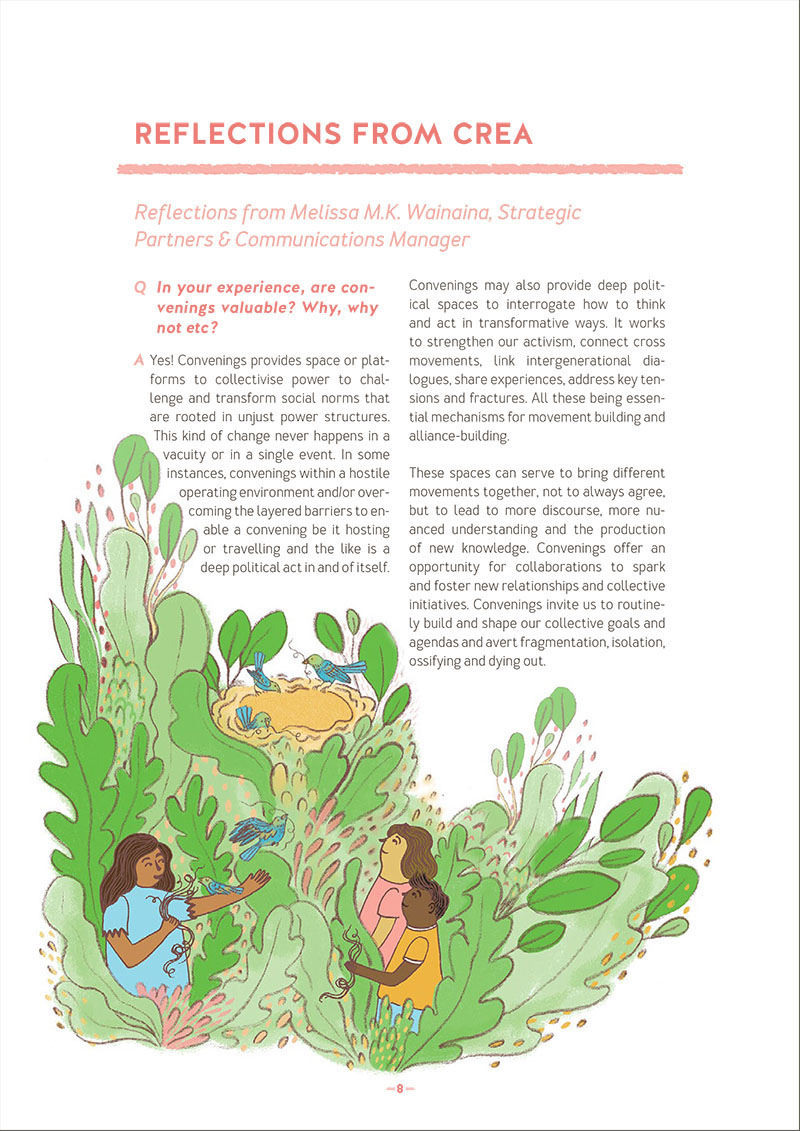 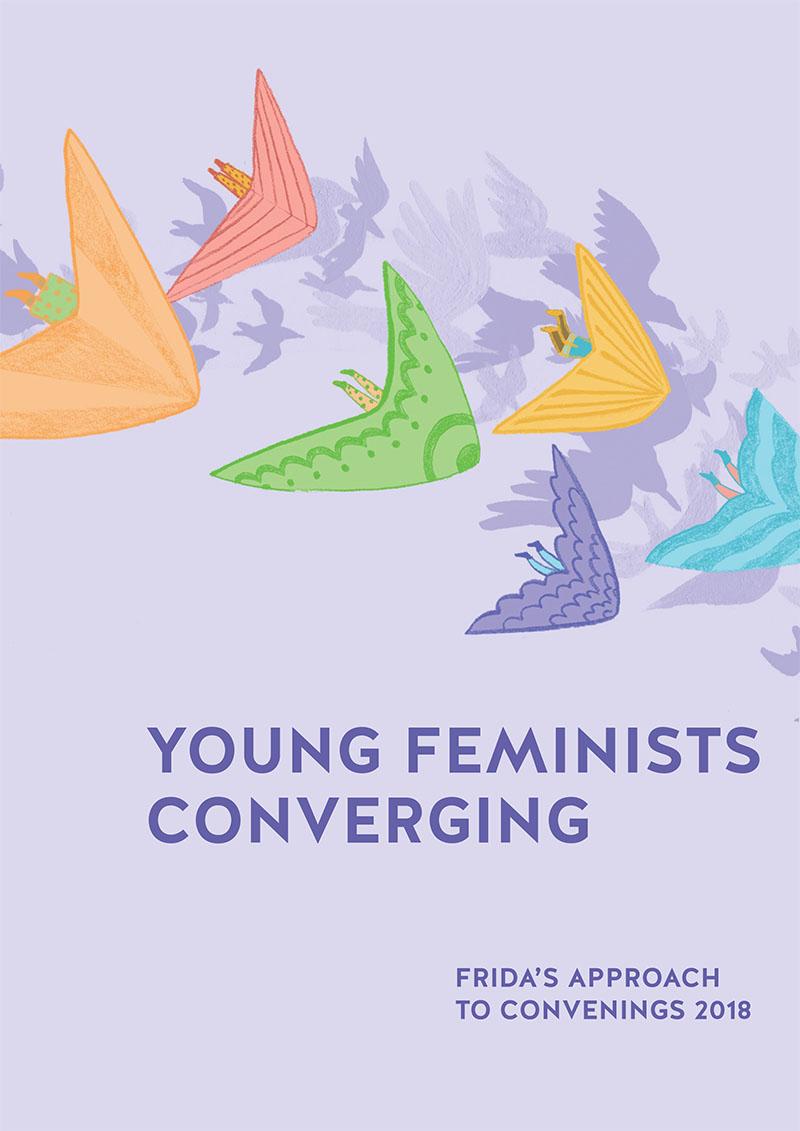 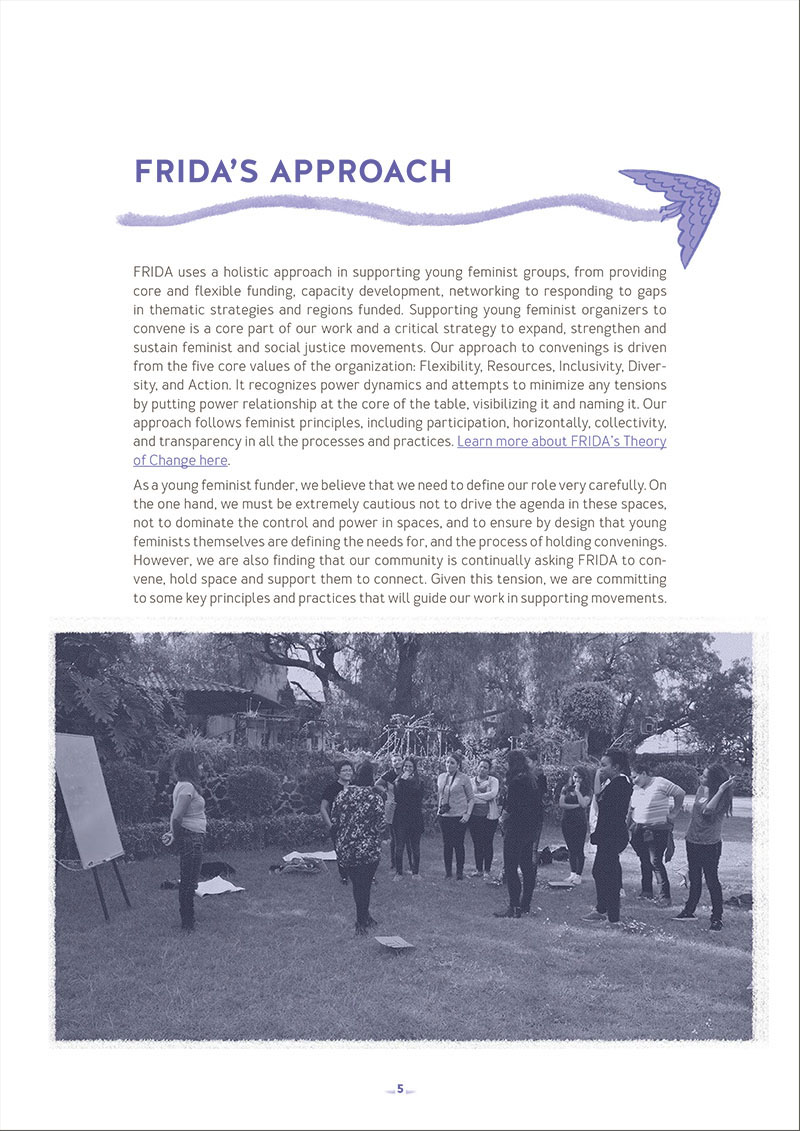 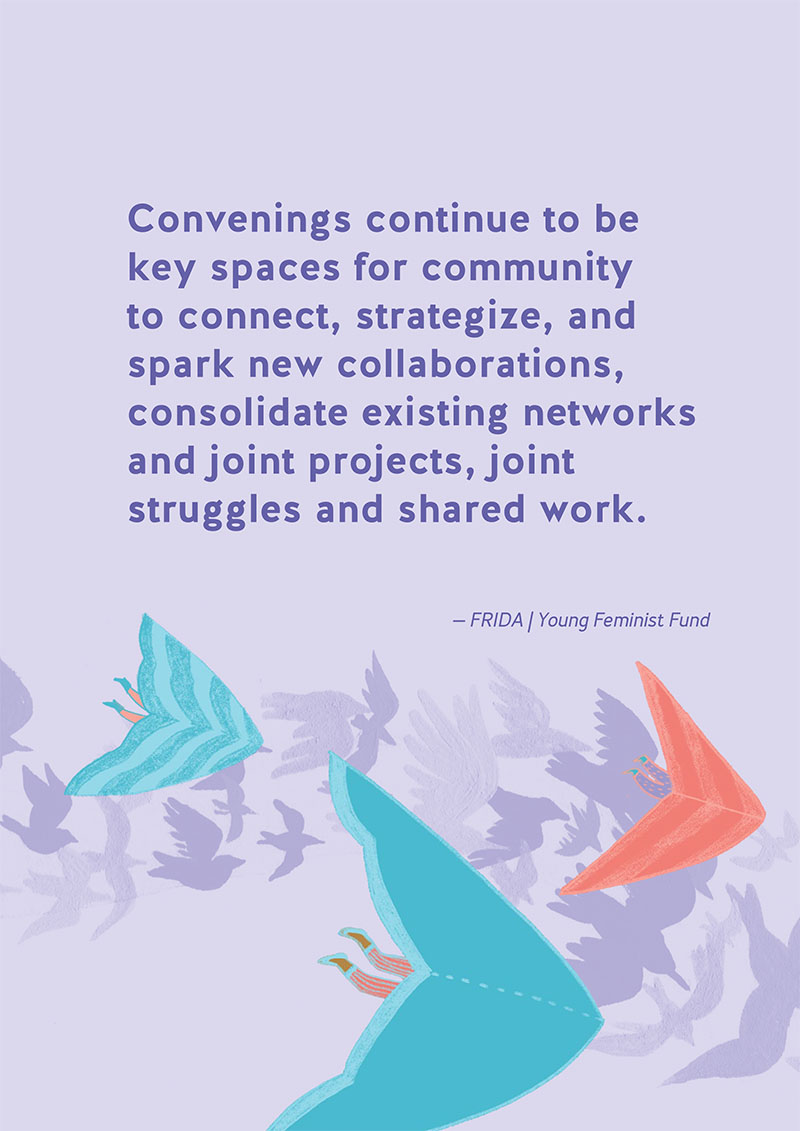